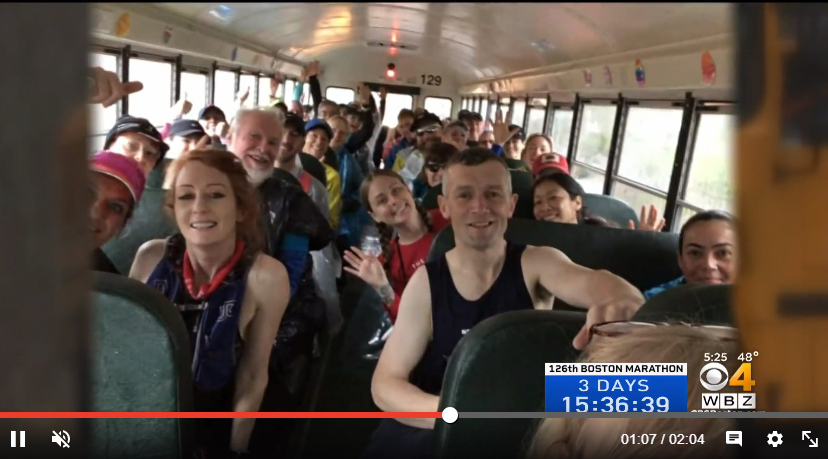 HAMILTON (CBS) — For the last 22 years, Linda Heitz has been helping runners get to the starting line of the Boston Marathon.

“We all have a job to do here. And my job is to get you to the start line. Your job is to get to the finish. And I’m wishing you the very best of luck,” said Heitz.

The Hamilton woman says during the nearly hour long trip from Boston to Hopkinton, she gets to know her passengers.

“It’s a long ride. You get a chance to talk to a lot of the people, especially the ones that are right behind you,” said Heitz.

In over two decades of working the marathon, she’s seen a wide range of runners. Some are running it for the first time, while others are coming back year after year.

“They’re wonderful. They’re nervous some of them. Some are raring to go. You hear all different stories. I actually had one person get on one year that said, ‘I remember you from a few years ago,’” said Heitz.

The bus driver for Salter Transportation begins at 5:30 in the morning on race day, operating one of 400 buses for the company.

“It’s a part of Massachusetts history. And we get to be a little piece of it,” said Heitz.

For Linda, that history has included working the year of the marathon bombing, and the uneasy year that followed.

“There was definitely a different feel to everybody that got on board,” said Heitz.

In a few short days, when the seats of her bus are filled with people, she’s looking forward to one thing in particular.

“Normalcy. I want to see everybody and wish everybody luck. I think it’s going to be a good year,” said Heitz.